Chip tuning is the original definition of what modern day ECU Remapping has become. Chip tuning requires the removal of the Eprom from the ECU and the software is programmed to the chip on the bench. The software inside the chip is what is referred to as remapping, i.e. altering the standard software within a chip.

Chip tuning has become less and less prevalent in the market place as OBD remapping has taken place enabling remapping to be done via the OBD port. They are essentially exactly the same thing, only OBD port remapping is less intrusive and requires no removal or opening of the ECU. As electronics have advanced further, the latest generation of ECU’s have what is referred to as a locked TriCore processor. This in basic terms has removed the ability to flash software via the OBD port and the only method available is to open the ECU and remap via direct connection. It is much less invasive than chip tuning as you do not remove the Eprom, the only downside is opening of the ECU for warranty purposes.

We work on all ages of ECU from the early EDC’s requiring chip tuning right the way through to modern MEDC17 locked tricore processor ECU’s with tuner protection. 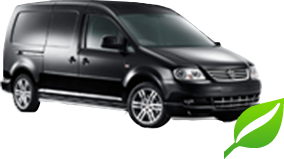 With the ever increasing cost of fuel it has become even more important to obtain efficiency from engines in order to try and reduce the increasing costs of vehicle ownership. We specialise in economy tuning of modern diesel engines whether it is

With Celtic Tuning’s Eco Recalibration you benefit from increased power & torque providing you with a linear power delivery and an ability to achieve improved fuel economy and reduced carbon footprint.